“Fu Dog”  —— Poon Kanchi Solo Exhibition was opened on December 13th, 2018 at the Hopofid Gallery. The exhibition featured the works of her “Fu Dog”series. 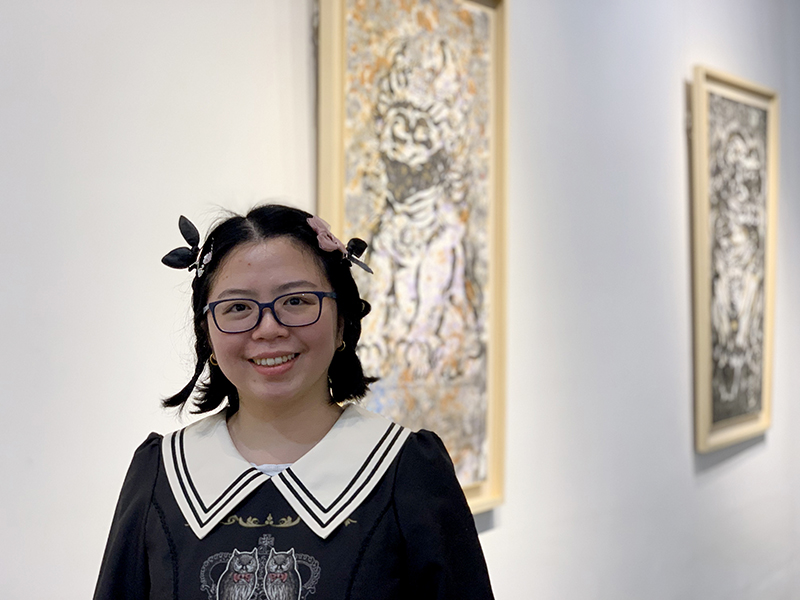 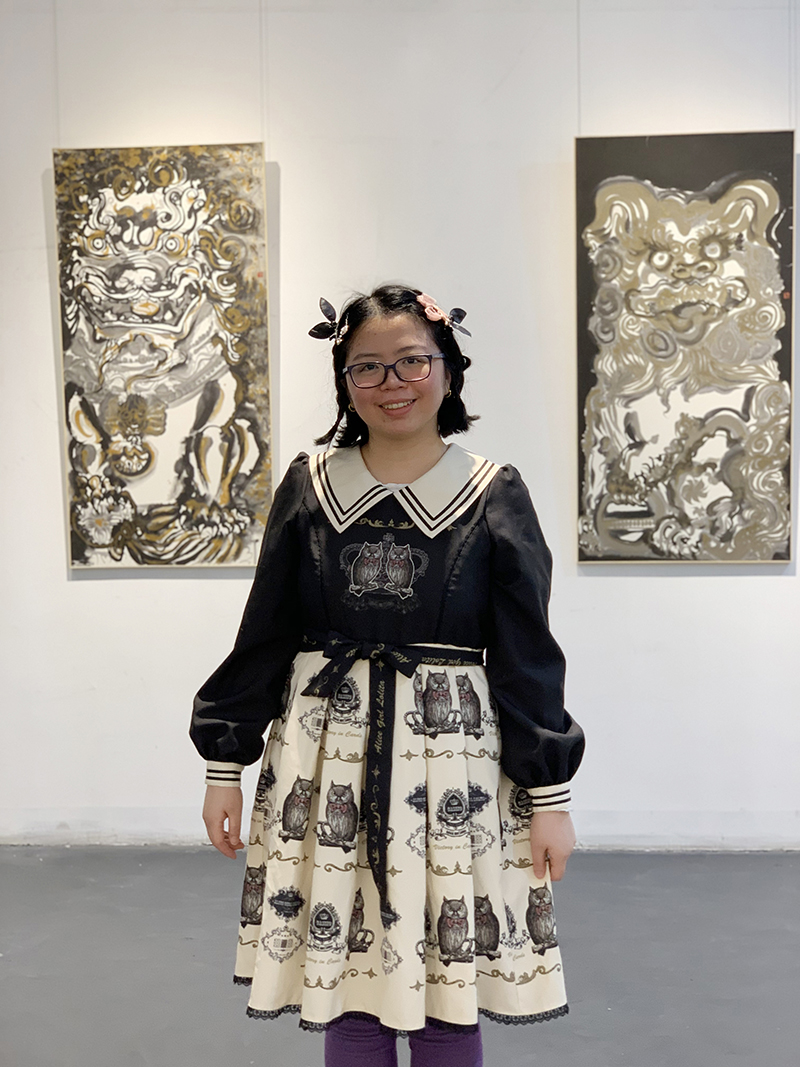 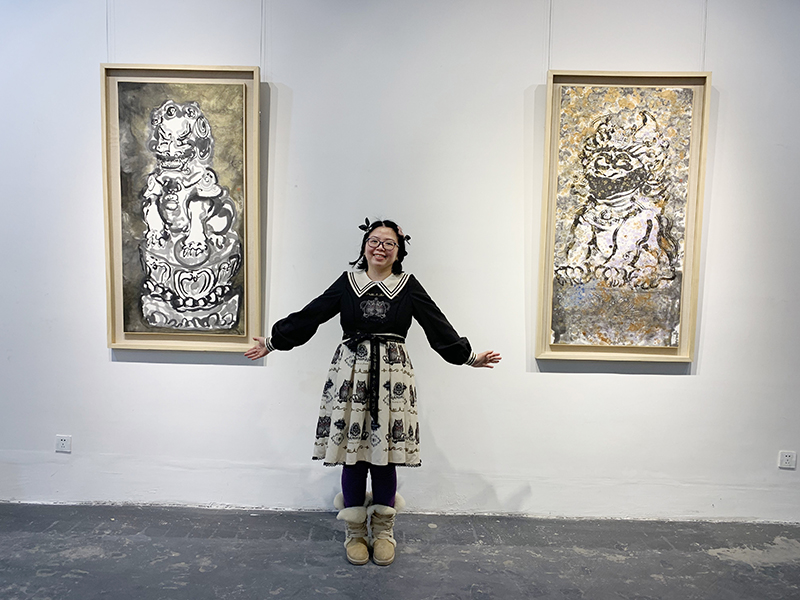 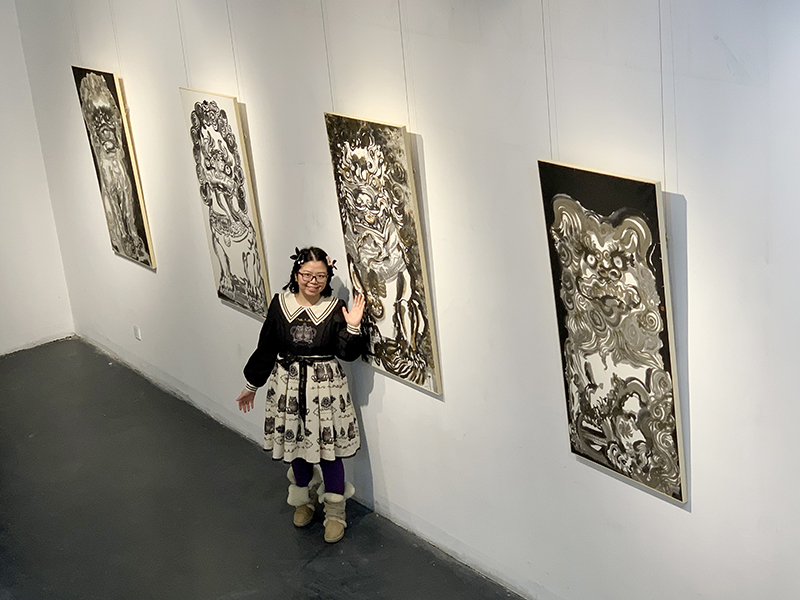 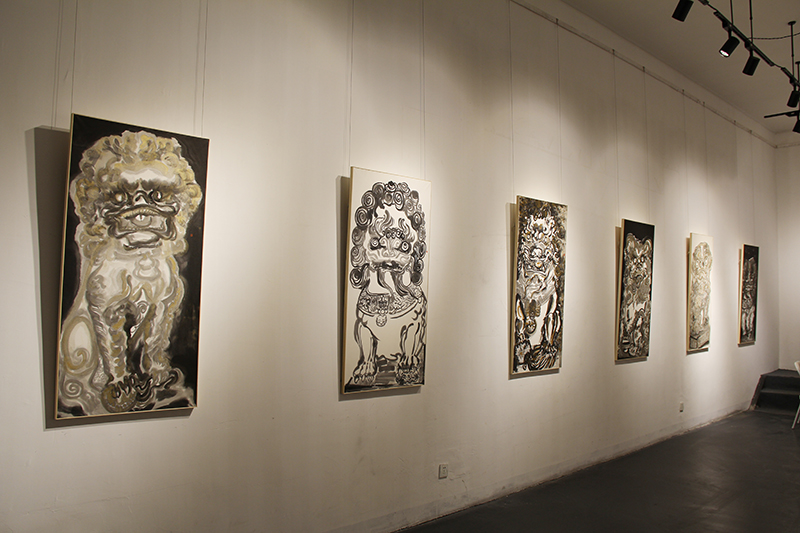 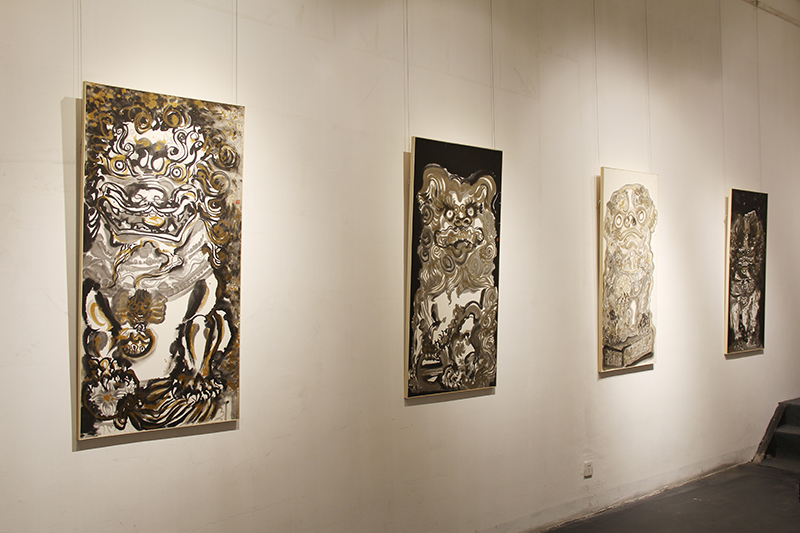 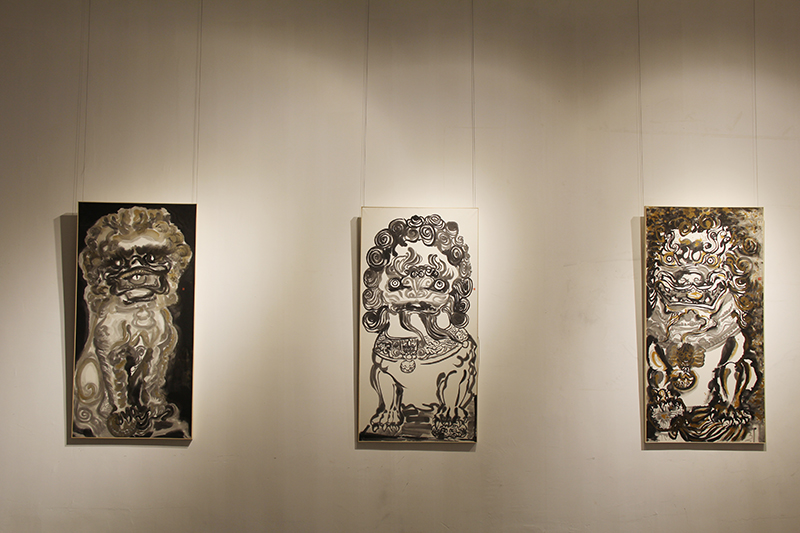 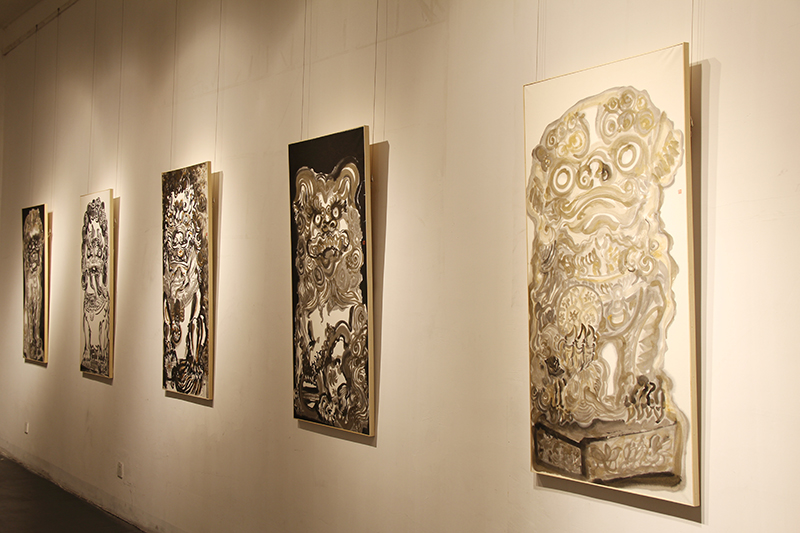 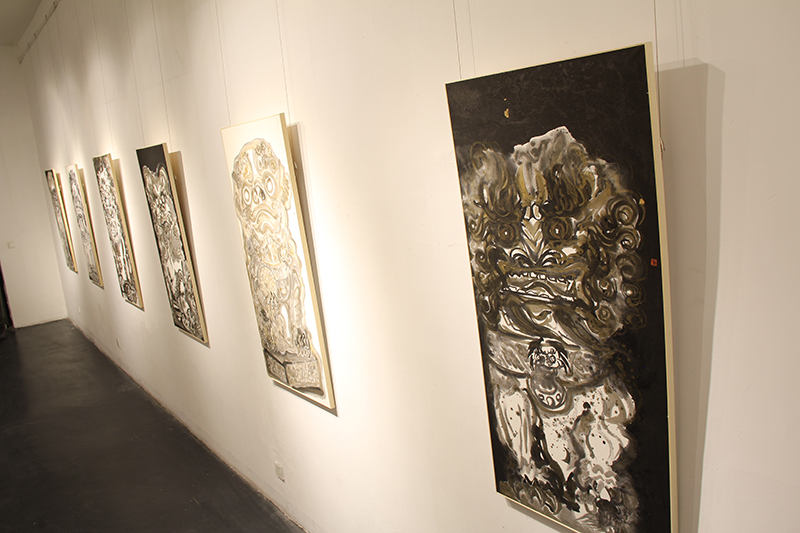 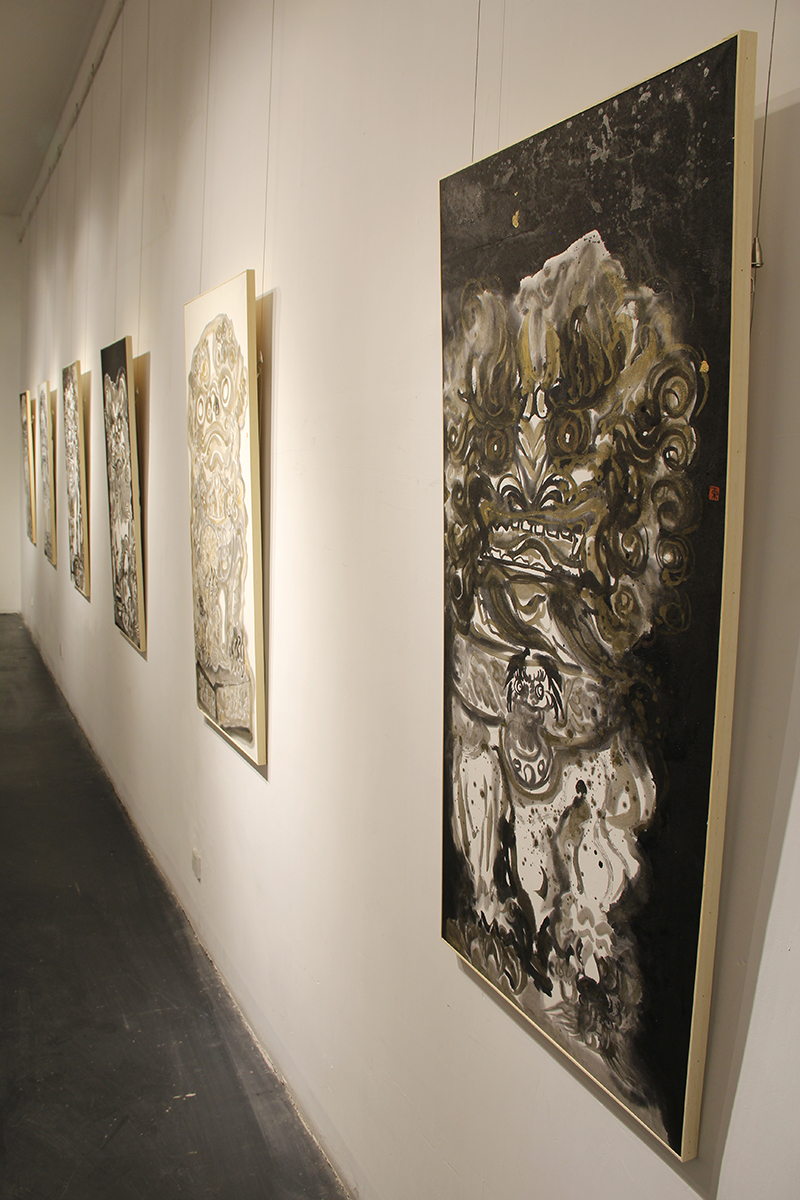 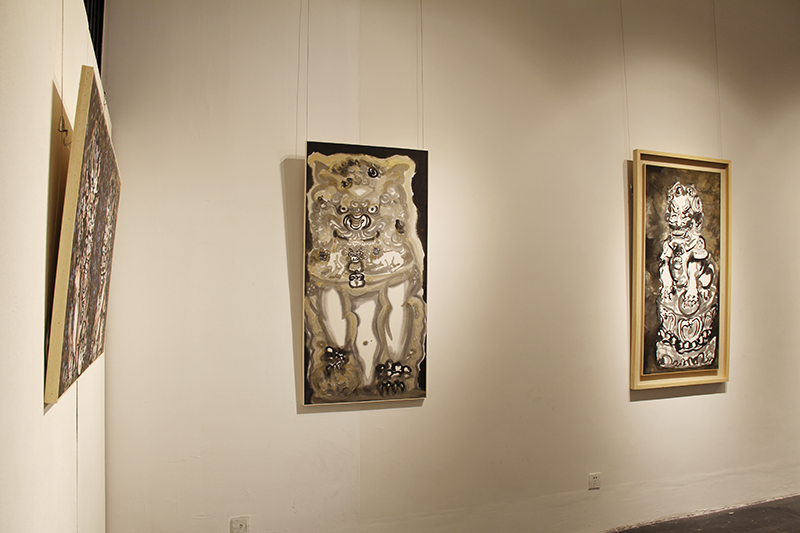 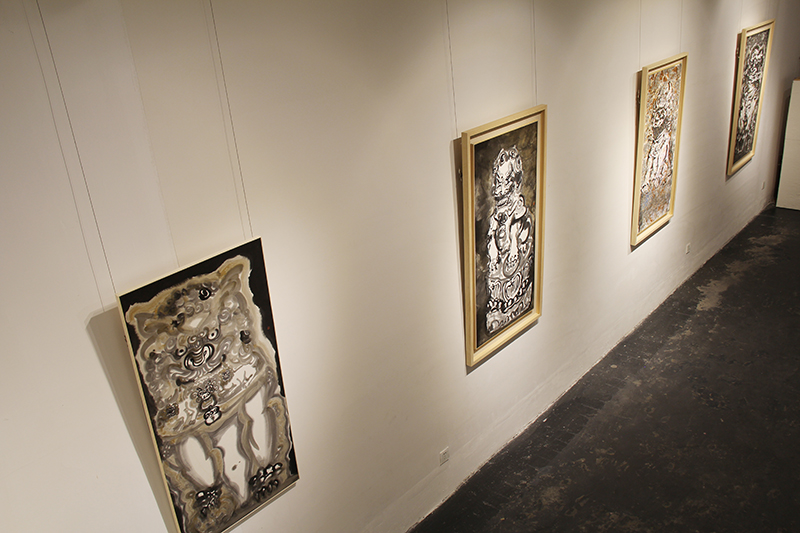 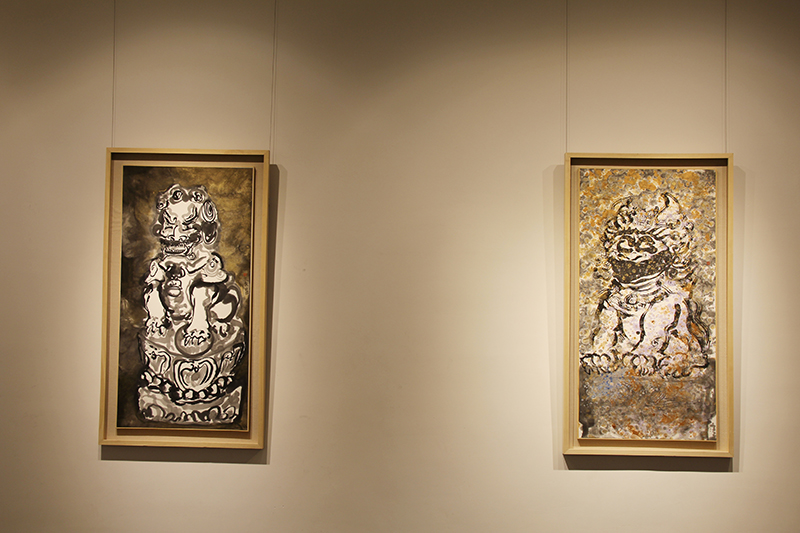 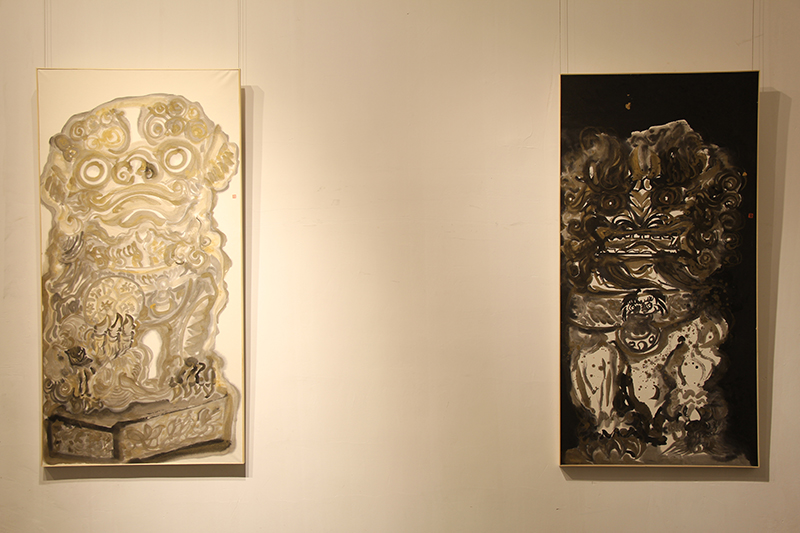 The image of the Chinese lion (Fu Dog) began in the Han Dynasty. It is not species in China. According to legend said that it was transmitted from the Western Region during the Han Dynasty. Later, with the introduction of Buddhism, the lion (Fu Dog) became a kind of spiritual beast that was given to the power of God, and gradually merged with Chinese culture. In Chinese culture, it is more of a mythical animal, and together with Kirin becomes China's spiritual beast. Its image is carved into a stone statue, placed in front of the giant house, to the effect of the town house to ward off evil.

In the long history of development, the lion (Fu Dog)'s shape has individual feature in different dynasties, and separate regions have their own characteristics. The stone lion (Fu Dog) has been continued as a part of Chinese traditional culture and has become a cultural symbol. It not only carries the vicissitudes of history, but also the aesthetic changes, additionally the origin of Chinese culture.

Poon Kan Chi's ink Fu Dog is actually a process of cultural traceability. She grew up in Hong Kong, a place where Chinese and Western cultures fought fiercely and could be perfectly integrated. The influence of this environment created its unique psychological characteristics. When she travel and visit to the mainland, staring the connection of the ink art, she was discover to stone lions (Fu Dog) . It immediately triggered a strong interest in the exploration of the roots of Chinese culture. The stone lion (Fu Dog) is a trail to her, and she draws her own understanding on paper in her own instinctive way. The brushwork is free, and it is natural. Gain the spirit of the Han and Tang Dynasties. It merges with her own characteristics to form a new unique artistic language. Look at the honest and grandeur of her work on the paper. The ancient stone lion and the lion in her heart confirming each other. At this moment ,the lion has become her, she has become a lion. 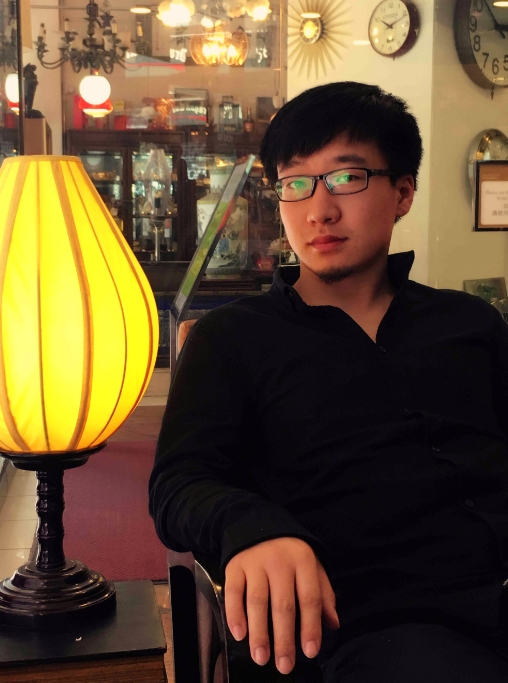 Ho Qing Yuan何庆源 Born 1989 in China. Ho Qing Yuan received his Bachelor of oil painting in Fine Art degree at Qingdao University of Science and Technology in 2013. Establish art studio in Beijing since 2014 to now. Mainly focuses on re...